On May 24, a team of 11 missioners left for Cuba for 12 days to build new and paint existing dormitories at Camp Canaan, a Methodist training and meeting center near Santa Clara, Cuba. While there, they did not have internet access. Now that they are home, here are some reflections from their trip.

While I waited in Santa Clara for Aldo to update his Cuban passport (and thus able to leave the country), I waited outside on the busy sidewalk, which was very narrow. I stepped into an apt./house doorway to be out-of-the-way. Soon, a man about 35 or 40-years-old walked up to me and asked where I was from. I was startled, as not many Cubans I meet speak any English. I replied “Virginia” and started to explain its location. He assured me he knew where it was. He then asked, “How did you get here? As few Americans can travel to Cuba due to the strained relationships”I replied that I was with a church group that renovates churches across Cuba.He remarked that I had special “permission from Barack Obama”. I agreed but the answer is really more complicated than that. He knew our US president though. I found this interesting because of the lack of news from outside Cuba. He then asked, “Do you believe in God?” I said, “Yes.” “Why?” he replied. I then said that I believed God created the universe and is a force in our lives. He explained that he too believed in God and attends church each week but that his faith was shaken about 10 years ago when his infant daughter suddenly died. He asked why would God allow such an event. I replied that we couldn’t always understand why things happen the way they do, we just have to keep our faith. He agreed but said it was difficult at the time, but he stayed with the church, prayed, and is now strong in his faith. I think this is a lesson for all of us that adversity is a part of life. It is hard not to blame God, but we must remain faithful, he is always present in the good and bad times.-Gene

Today we visited a nursing home run and funded by the Methodist church. Everywhere we go, including here, sweet people greet us and everyone loves Aldo and Susan. On this visit, Aldo and the man who runs the home spoke about a woman who had been influentialin Aldo’s formation as a Christian: his High School Principal in Cuba. I spoke with two of the residents there. One named Bimbino who had lived there for 16 years and had to have his toes amputated due to Diabetes. Nevertheless, he held his faith, was warm and accepting. As I left one of the residents asked to take a picture and was delighted to see her picture. This was the brightest and happiest nursing home I’ve ever been in. This home is one of the only nursing homes on the island. Praise God that the Church is able to offer such a gift. -Carrie

As this is my 5th mission to Cuba, I’ve seen and know many of the places we have been and will be. Arriving at the center in Havana, it was a blessing to see the staff there who knew my name. There is a continuous connection that creates a family here. The church is alive as ever. Worship is spirited to say the least. As the days pass I’m increasingly aware of the amount of newer cars, construction that is occurring. Old Havana has expanded quite a bit. In Santa Clarawe walk the town square and the streets. I am alarmed at the number of beggars and offers for black market goods – cigars, Cuban dollars with pictures of Ch, etc. The money that has begun to flow into Cuba from its tourist industry has unfortunately brought other consequences with it. The outside world is changing but the church here remains steadfast. Their belief in the guiding Holy Spirit is so strong. I’ve never experienced the Beloved Community as I have here on this island. What an experience, what a church, praise God. -Bill 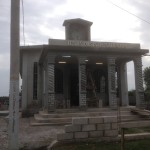 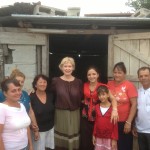 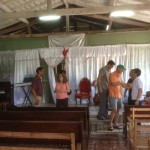 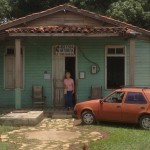 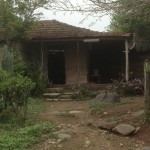 The post Reflections from Cuba appeared first on Today I Saw God.